Recently stirred up by the arbitrary evictions of residents of sheikh Jarrah , the israelo-palestinian ‘conflict’ as the international society aim to promote rebounded and overran wordly news .
The more bipolar a conflict is the greater the chance that it will attract volunteers to one side or the other . Albeit the vicious part here is unclouded , multiple social media platforms with a quirky update to the game manipulated the balance of forces. In contempt of the huge digital war occuring on social media some voices tend to neglect social media enormous pound , keeping silence for a non emotional-based reaction that wouldn’t , based on their thought , wreck the the scenic political theatre believing the incidents are sort of ‘Deja Vu’ and we’re trapped in the same trappy cycle . And we’re here turning blind eyes on the shrinkers, and the wimps .

On behalf of giving center stage to major history stations and inviting people to empathize with the legit cause , let’s refine youth’s main concern regarding ‘ to share or not to share ‘ and explain why is sharing and using hashtags as important as massive protesting , indeed they’re becoming solidly co-dependent .

In a display of solidarity , activists and former social media users as Facebook, Instagram, Twitter, Linkedin .. succoured sorrowing palestinians by making their recordings viral. It all started when over 13 Palestinians family in sheikh Jarrah were set to be evicted in the coming weeks to be replaced by right-wing jewish Israelis, proclaiming the land was owned by jewish religious associations before the establishment of Israel in 1948 .
The struggle culminated when the supreme court canceled the hearing previously scheduled on Monday the 3th that was supposed to determine Palestinians fate .

The digital movement started by Mouhamed El-Kurd, poet and activist whose family took part in the exposed list , videos of settlers breaking into their home went worldwide and reached disturbing numbers in a few hours . His sister Muna El-Kurd , who’s a journalist , Aya Jamil Hallaf (singer) , Noura Erakat(author and professor) .. and many others played the role of alternative Media by hosting live sessions on their instagram accounts every night for the sake of showing the world what is really happening and deface international news biased agenda .

On the pioneer mouvement days the operation sleeked , the Hashtag of #savecheikhjarrah reached more than 100.000 using and #PLM more than 70.000 , thus this didn’t last long until a horrific act of censorship in which Sabrina Abu-khedir with more than 1,5 million views on Tiktok was the first victim of account blockage . On the the other hand an israeli soldier shielding a palestenian woman video was covering most international media platforms , specially American ones . ‘ Palestenians’s are denied permission to narrate’ as affirms Edward Said 30 years ago . Today Maha Nasser confirms her pertinent analysis to multiple international newspapers and magazines ‘ they somehow did not feel the need to hear much from Palestinians themselves ‘. Paradoxically a 28 seconds video shared by Nateniaho, which’s origin goes back to 2018 from a syrian attack to Libya had a deadly effect on misinformation, as they aren’t even trying hard to mislead the public opinion, scorning fondamental journalism and fact checking ethics.

The Internet became a forum for airing tensions , and it isn’t limited to social media platforms. What most people pay no attention is that digital war started even before the 3rd of May .As in April of 2021 , Zoom , Facebook and even Youtube blocked the event “ Who’s narratives ? What Free Speech for Palestine ? “ co_sponsored by the Arab and Muslim ethenics and diasporas (AMED) studies program at 2 universities in the US due , as they claim to the participation of Leila Khaled . All this and above only proves that Isreali governments are tied up in knots foreseeing internet clout threat . We can discern this from Benny Gantz , the israeli Defense Minister directive to Facebook and Tiktok asking for instant removal of posts from their sites which he said could ‘ encourage violence’ and he urges the directors to intervene in what he called social emergency. A typical reaction to doubts expelled from Biden administration coming abroad asking ‘hard questions’ to the israli government , as explained Dr.Howard stoffer , associated professor in the national Security Department at the university of New Haven.

The apertheid’s are latterly becoming digitally concerned, as they thought palestinians don’t even have access to social Media in Gaza, the last decades their strategic readiness were mostly about sabotaging protests, we get wind of deleting group chats and harcelling organizers. Christina Lonigro, a spokeswoman for whatsApp said the company had put limits on how many times people could forward a message as a way of clamping, as on may 10th, an act of arrest detained 18 palestinians activists. People around the world, Arab world on the button quickly understood the value of sharing content of all forms, reels, memes, short or long videos, attendance in lives .. Most of them were aware of the impact of this cyber fight , this pursuit of responsiveness .Still some were so hostile about it , ironically wondered if by sharing and changing profile pictures they will manage to ‘Free Palestine’

A bunch of activists and intellectuals linked the movement to the notion of ‘Slacktivism’ which means appeasing people’s sensation of culpabilisation for not being able to perform in real life , and accused influencers of using the case for personal interests . Some were convinced that this whole matter is led by emotion unlikely everytime it occurs , and were certain that it will fade away so fast , and pleaded for instauring informative education on the subject in order to debate rationally and become better holders of the case .
We believe one of the biggest hindrances to purchasing the palestenian case is the lack of knowledge and assimilation of basic historical stations and facts by its supporters , it is thus far insolent to underestimate the colossal brunt of the movement on today’s political landscape . The consequences , the deadends and the pressure are the consequences shrewd its face like never before . This manifests in seemingly small but inwardly great initiatives took by the people , such boycotting arms delivery in Livorno port in Italy , boycotting pro-israeli multi firms , reaching record breaking numbers of sharing that threatened all platforms plans ! People today should understand the power of image , of numbers and of terms, be fully conscious of the new ingredients in the recipe , and believe they would change the equation if we stick to them wisely.

In matter of fact war of terms is one of war forms that had sharpen palestenian reality today , whom Henry kissenger was the initiator with his famous deal of ‘peace’ in 1977 , and from nowthen we only hear terms like ‘ conflict’ , ‘complication’ , ‘ misunderstanding’ in international media and sometimes in Arab media . One of the most consistent points about social media is how platefroms like facebook and twitter act as megaphones for amplifying users positions and opinions , we noticed motions like replacing misused terms with correct ones ; Conflict=>War crimes* , israel=> Apertheid , Terrorist groups => Palestinians who are defending themselves Dispute=>Oppression … 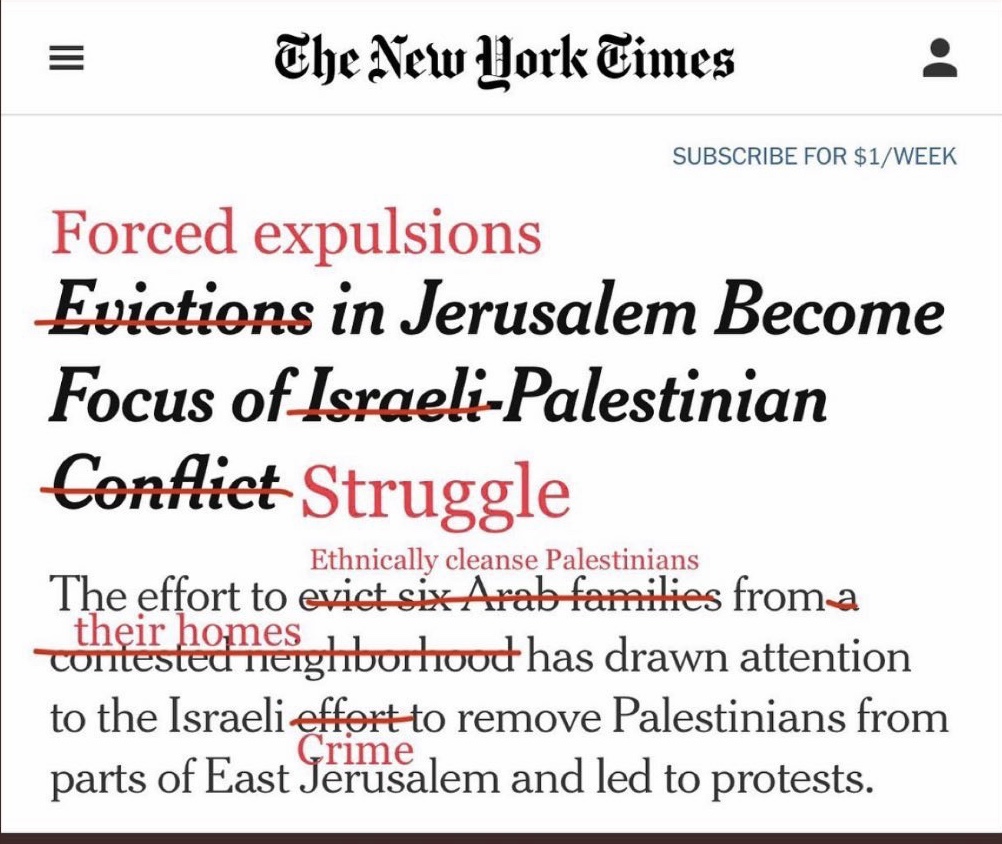 Made so many people call their standings in question , even Israelis ! 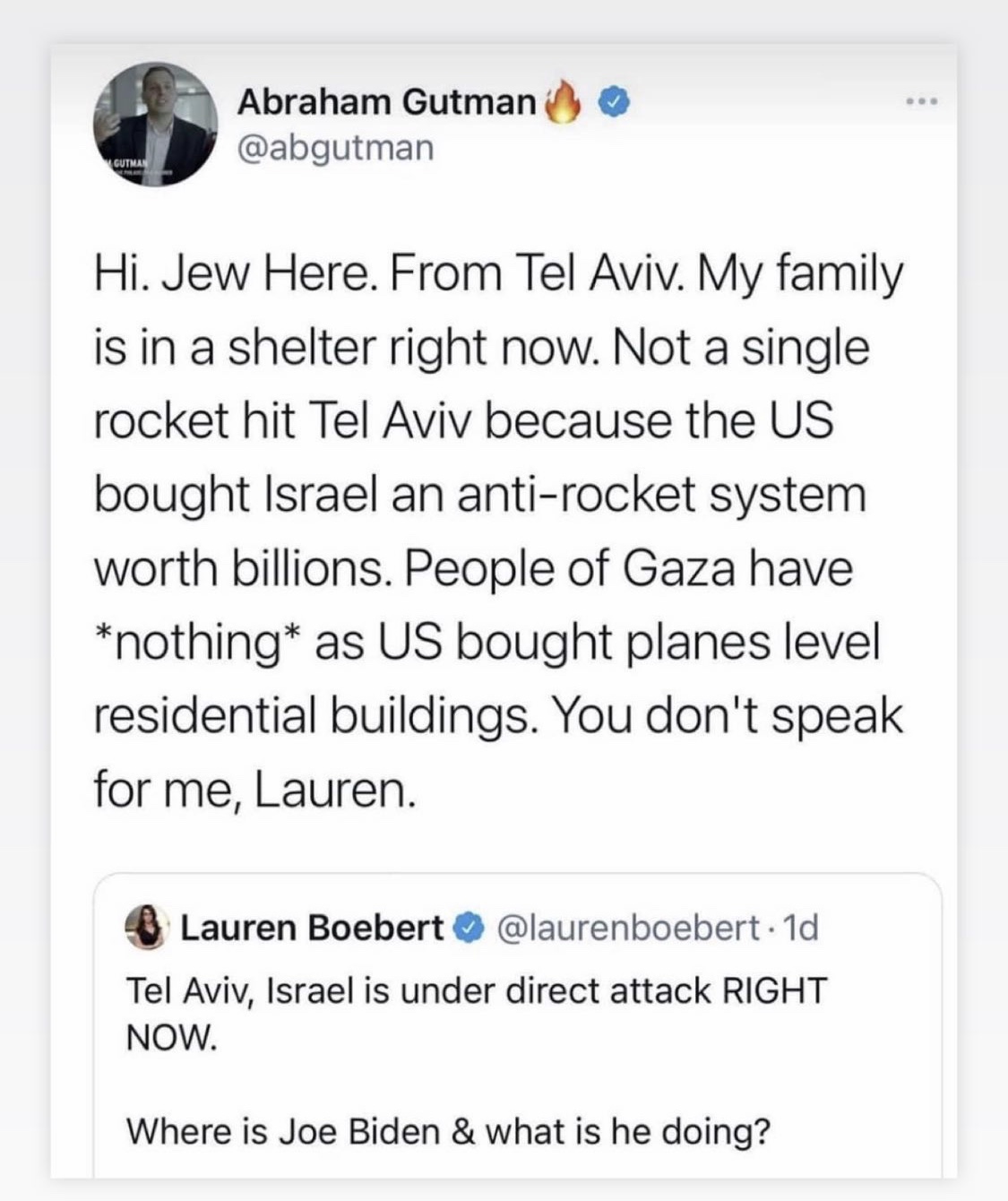 Raising awareness on social Media open doors to people to talk about the subject , in recent years it became a lifetime for many who want to plead for causes and struggles undetermined by mainstream Media outlets , and so as Charles king , a technology analyst affirms ‘ comments are often meant or designed to enrage others but even inoffensive posts about conflicts or controversial events will inevitably anger those who disagree ‘ ,
The pill might be hard to swallow for tiktok , as a title of example , who removed a 44 millions views video containing israeli strikes , for misinformation and attempts to incite violence and content that ‘violates’ the community , and facebook for deleting posts of chips of religious jews tearing their clothing teasing the israeli flag and walking down supporting palestinians in London .

The 24th of may , Israli government announces that thousands of soldiers are sent to tear down hundreds of palestenian houses in search of over 500 militants in a ‘ Order and and justice’ so called mission . They’re declaring forthright war and their target is Palestinians’s lives . Media oversight the reality of the ethenic cleansing plan , the massacre proceeding is cancelling a whole nation’s cultural and historical legacy . On the 23rd May , Sheikh Jarrah had been removed from instagram location , as in 2018 Palestine’s name was removed from google Maps .
The Oppression is multifaceted and the examples are infinite , yet the core purpose is one .
No matter what politics dictates , remember that each one voice’s matter , every single share , comment , like is ponderous in the scale of polls . They fear our voice , our Union , otherwise why would we be silenced ?

How Lies on Social Media Are Inflaming the Israeli-Palestinian Conflict

a 21-year-old Second year Geopolitics and international relations student , Co-founder of Nefaal association , social and digital activist and currently the former President of tunisian model United Nations in Faculty of literature , arts and humanities of Manouba.

How to Find Your Personal Style

Roady, get paid for driving your way